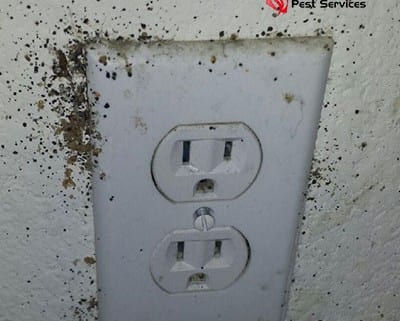 A recent study has shown that Phoenix has been listed as the “buggiest” as a result of studying data from Thumbtack. Because of how large Phoenix is and how closely Phoenix borders rural desert, there are all kinds of insects, bugs and pests that end up in Phoenician’s homes. If you haven’t killed a scorpion in your home, you haven’t been in Arizona very long. Now bed bugs are becoming more of a problem in the Phoenix area. Let Arizona Heat Pest help you get rid of an infestation.

Thumbtack released its findings this week in a Top-10 list and article, declaring that “Phoenix, Arizona was far and away the leading bug zone.”

The site’s representatives “looked at 159 of the largest metro areas across the U.S. and measured the number of requests for pest-removal services, relative to the population in that metro, using these figures to develop the Thumbtack Pest Index… The categories we included in our measure of pest-removal requests were pest-control services, bed bug extermination, outdoor pesticide application, and termite and pest inspection.:

Based on those criteria, metro Phoenix rated a perfect 100 on the index. The next highest was the San Antonio, Texas, area with a pest index of 60.

Why might this area be the buggiest? Maybe it’s the raw variety of bugs here: Phoenix is well-known for its scorpions and Africanized bees, but it can also be a hot spot for mosquitoes that carry the West Nile virus, swarms of nasty flies, and the beloved cockroach.

Lucas Puente, economic analyst with Thumbtack, said he can’t explain it, and was a “little surprised by the story the data told.” Possibly, the lack of a long, freezing winter means a more prolific bug season, he surmised.

At New Times’ request, Thumbtack released an additional chart that shows the breakdown of bugs mentioned in the requests for service. Cockroaches, spiders, ants, and termites generate the most requests. Six percent of people seeking services didn’t know what kind of bug problem they had, which is never a good thing. Scorpions fall in the 12 percent of “other.” But they’re a special problem here, Puente acknowledged.

“Of note, there were far more requests describing problems with scorpions in Phoenix than in any other metropolitan area,” he said.

“I think I’d have to agree with all the bugs I see everywhere, but that’s just personal,” he said.

People from other areas often think Phoenix doesn’t have as many skeeters as other, more humid places they’ve lived, but even if they’re right, Dilone said, they soon realize that the Valley has its fair share.
Read more at: http://bit.ly/1GHkMaG 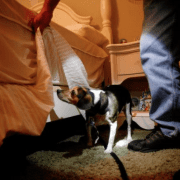 How to Choose the Best Pest Company for Bed Bugs

Why Killing Bed Bugs With Heat is Effective

Why Are Bed Bugs Back in Such a Big Way?

Free Things To Do in Phoenix Now!
error: checked
Scroll to top